What does that mean - "Love your Enemies"? 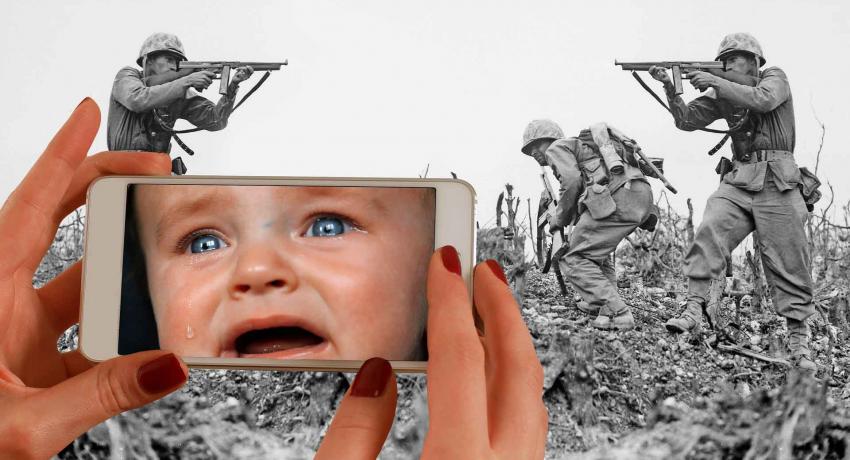 We can love our neighbor, our family and friends. But what does it mean to love our enemy? Do we really need to?

But I say, love your enemies! Pray for those who persecute you!
( Matthew 5:44 )

It already does not sound so easy to do so in theory, and on practice seems quite impossible. And is it really necessary?…

Let’s see how Jesus explains that.

But I say, love your enemies! Pray for those who persecute you! In that way, you will be acting as true children of your Father in heaven. For he gives his sunlight to both the evil and the good, and he sends rain on the just and the unjust alike. If you love only those who love you, what reward is there for that? Even corrupt tax collectors do that much. If you are kind only to your friends, how are you different from anyone else? Even pagans do that. But you are to be perfect, even as your Father in heaven is perfect.
( Matthew 5:44-48 )

Indeed, if we look around, we see that everybody receives sunshine and rain, fresh air to breathe. We and our enemies got placed in this wonderful world with breathtaking landscapes and majestic animals…

If we look deeper, we see that our enemies had mother and father like we did, wether they knew them or not. And, probably, their parents loved them as much as our parents loved us.

Here is a quote from a book of Sherlock Holmes by Arthur Conan Doyle where a sister mourned for her killed brother, who happened to be one of the most dangerous criminals in the country...

"To all the world he was the man of violence, half animal and half demon; but to her he always remained the little willful boy of her own girlhood, the child who had clung to her hand."

Can our enemy be someone we actually love?

Imagine how our heavenly father breathed new life into whom we now call our enemy, cared for him when he was carried in his mother womb, then getting him birth, providing cloth, food to eat and water to drink all these years… And now he’s looking forward to get back his lost child, to get him smile again and call back his heavenly father: "Dad!...". God loves him as much as he loves us.

Let’s remember how David spared the life of his enemy Saul, who kept chasing and trying to kill David.

At the place where the road passes some sheepfolds, Saul went into a cave to relieve himself. But as it happened, David and his men were hiding farther back in that very cave! "Now's your opportunity!" David's men whispered to him. "Today the LORD is telling you, 'I will certainly put your enemy into your power, to do with as you wish.' " So David crept forward and cut off a piece of the hem of Saul's robe. But then David's conscience began bothering him because he had cut Saul's robe. "The LORD knows I shouldn't have done that to my lord the king," he said to his men. "The LORD forbid that I should do this to my lord the king and attack the LORD's anointed one, for the LORD himself has chosen him."
( 1 Samuel 24:3-6 )

Here’s David words to Saul on that:

Another example of how to love our enemies is Jesus himself. Let’s take a look at what Jesus said about those who were abusing and crucifying him.

Jesus said, "Father, forgive them, for they don't know what they are doing." And the soldiers gambled for his clothes by throwing dice.
( Luke 23:34 )

And these are Stephan’s words when he was dying after being stoned.

The Jewish leaders were infuriated by Stephen's accusation, and they shook their fists at him in rage. But Stephen, full of the Holy Spirit, gazed steadily into heaven and saw the glory of God, and he saw Jesus standing in the place of honor at God's right hand. And he told them, "Look, I see the heavens opened and the Son of Man standing in the place of honor at God's right hand!" Then they put their hands over their ears and began shouting. They rushed at him and dragged him out of the city and began to stone him. His accusers took off their coats and laid them at the feet of a young man named Saul. As they stoned him, Stephen prayed, "Lord Jesus, receive my spirit." He fell to his knees, shouting, "Lord, don't charge them with this sin!" And with that, he died.
( Acts 7:54-60 )

When reading a story like this, we would not associate ourselves with the Jewish leaders. But what if it’s actually us who is killing an innocent God’s messenger who is exposing and accusing us?… We are not sinless, and the voice raised against us hadn’t come up without a reason.

What did you feel towards Jewish leaders when reading like they were stoning Stephen? Did you feel anger, rage?… What about feeling grace towards them, as they were trying to be right and stick to the law, and hated being exposed on the things that did not got right. In many ways we are like them, and they are like us. Let’s love them despite their wrongdoing. And try to love our enemies, just like God loves them.

Love is patient and kind. Love is not jealous or boastful or proud or rude. It does not demand its own way. It is not irritable, and it keeps no record of being wronged. It does not rejoice about injustice but rejoices whenever the truth wins out. Love never gives up, never loses faith, is always hopeful, and endures through every circumstance.
( 1 Corinthians 13:4-7 )