Is Jesus the Messiah? 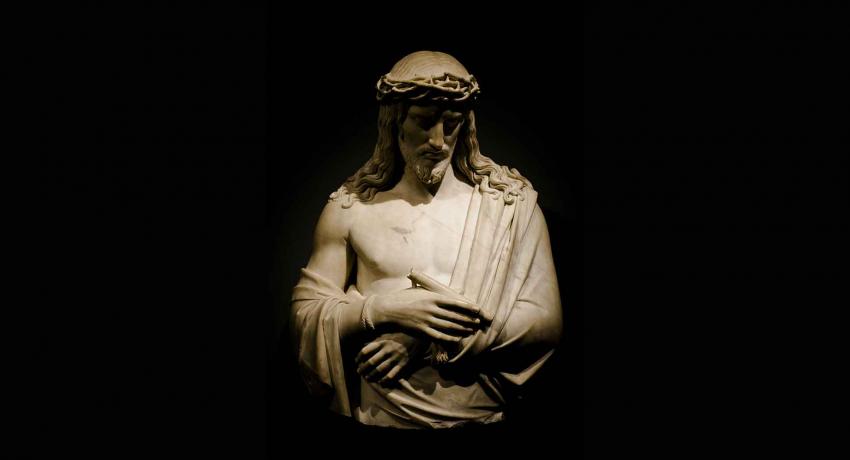 We often hear about Jesus and about the fact that he saved us by dying on the cross for us. And whoever believes in him has eternal life.

Saving our lives - that is the role of the expected Messiah... But is Jesus the real Messiah, or we have to wait for someone else?

Most of the information about the chosen one, the one who will save all of us, we are getting from the book of the prophet Isaiah, who lived and prophesied at around 8th century BC. Roughly, it was 700 years before Jesus was born.

Out of the stump of David's family will grow a shoot-- yes, a new Branch bearing fruit from the old root. And the Spirit of the LORD will rest on him-- the Spirit of wisdom and understanding, the Spirit of counsel and might, the Spirit of knowledge and the fear of the LORD. He will delight in obeying the LORD. He will not judge by appearance nor make a decision based on hearsay. He will give justice to the poor and make fair decisions for the exploited. The earth will shake at the force of his word, and one breath from his mouth will destroy the wicked. He will wear righteousness like a belt and truth like an undergarment.
( Isaiah 11:1-5 )

"Look at my servant, whom I strengthen. He is my chosen one, who pleases me. I have put my Spirit upon him. He will bring justice to the nations. He will not shout or raise his voice in public. He will not crush the weakest reed or put out a flickering candle. He will bring justice to all who have been wronged. He will not falter or lose heart until justice prevails throughout the earth. Even distant lands beyond the sea will wait for his instruction. " God, the LORD, created the heavens and stretched them out. He created the earth and everything in it. He gives breath to everyone, life to everyone who walks the earth. And it is he who says, "I, the LORD, have called you to demonstrate my righteousness. I will take you by the hand and guard you, and I will give you to my people, Israel, as a symbol of my covenant with them. And you will be a light to guide the nations. You will open the eyes of the blind. You will free the captives from prison, releasing those who sit in dark dungeons.
( Isaiah 42:1-7 )

Here we see that the “servant” will be humble, won’t raise his voice in public, will open the eyes of the blind…

What else does Isaiah tells in his book about him? How will the Messiah be treated by other people? What happened to him and what is the meaning of that for us? To answer that, Isaiah fast-forwards to the future and talks directly to us, about the Messiah that we have already rejected.

Who has believed our message? To whom has the LORD revealed his powerful arm? My servant grew up in the LORD's presence like a tender green shoot, like a root in dry ground. There was nothing beautiful or majestic about his appearance, nothing to attract us to him. He was despised and rejected-- a man of sorrows, acquainted with deepest grief. We turned our backs on him and looked the other way. He was despised, and we did not care. Yet it was our weaknesses he carried; it was our sorrows that weighed him down. And we thought his troubles were a punishment from God, a punishment for his own sins! But he was pierced for our rebellion, crushed for our sins. He was beaten so we could be whole. He was whipped so we could be healed. All of us, like sheep, have strayed away. We have left God's paths to follow our own. Yet the LORD laid on him the sins of us all. He was oppressed and treated harshly, yet he never said a word. He was led like a lamb to the slaughter. And as a sheep is silent before the shearers, he did not open his mouth. Unjustly condemned, he was led away. No one cared that he died without descendants, that his life was cut short in midstream. But he was struck down for the rebellion of my people. He had done no wrong and had never deceived anyone. But he was buried like a criminal; he was put in a rich man's grave. But it was the LORD's good plan to crush him and cause him grief. Yet when his life is made an offering for sin, he will have many descendants. He will enjoy a long life, and the LORD's good plan will prosper in his hands. When he sees all that is accomplished by his anguish, he will be satisfied. And because of his experience, my righteous servant will make it possible for many to be counted righteous, for he will bear all their sins. I will give him the honors of a victorious soldier, because he exposed himself to death. He was counted among the rebels. He bore the sins of many and interceded for rebels.
( Isaiah 53:1-12 )

We see the rejected and despised Messiah died for our sins, like a slaughtered lamb. He died without descendants, but yet he “will have a long life” and “will have many descendants”. This likely means that the Messiah will be resurrected after his death, on earth or in Heaven, and will have children biological or spiritual.

Now, as an exercise for yourself, and to decide whether Jesus is the expected Messiah, read testimonials about Jesus Christ from Matthew, Mark, John who physically spent a good part of their lives alone with Jesus, and doctor Luke, who meticulously gathered facts about the life of Jesus Christ the Nazarene…